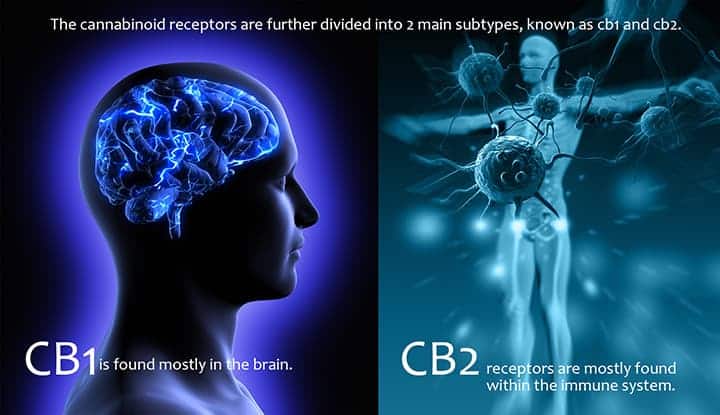 What is the Endocannabinoid System?

The human body has an Endocannabinoid System (ECS) that receives and translates signals from cannabinoids. It produces some cannabinoids of its own, which are called endocannabinoids. The ECS helps to regulate functions such as sleep, immune-system responses, and pain. With receptors spread throughout the brain and body.

CB1 plays a role in the production and release of neurotransmitters, cannabis products that exert psychoactive effects stimulating these receptors. At the same time, CB1 receptors are involved in the lipogenesis process that takes place inside the liver and seems to play a role in the maintenance of homeostasis (body’s internal equilibrium).

Various studies suggest that CB1 also influences pleasure, concentration, and appetite, memory and pain tolerance CB2 receptors, on the other hand, affect the immune system, being involved in a variety of functions like immune suppression or apoptosis (programmed cell death).

Scientists began to realize cannabis exerted its effects, in part, by mimicking our endocannabinoids. It appears the main function of the endocannabinoid system is to maintain bodily homeostasis—biological harmony in response to changes in the environment

Studies suggest that CB2 modulates the pain sensation and could play a role in various diseases, from liver and kidney problems to neurodegenerative diseases. Hemp does not stimulate these two receptors; instead, it activates other receptors, like the vanilloid, adenosine and serotonin receptors. By activating the TRPV-1 receptor, for example, cannabidiol plays a role in the mediation of body temperature, pain perception, and inflammation. Then, Hemp inhibits the FAAH enzyme, a compound that activates the CB1 receptor. By doing so, Hemp minimizes the activation of CB1 by THC, reducing its psychoactive effects.

The activation of adenosine receptors by Hemp gives the anti-anxiety and anti-inflammatory effects of cannabidiol. Adenosine receptors are also involved in the release of dopamine and glutamate, two neurotransmitters that play major roles inside the body. Dopamine is involved in cognition, motor control, motivation, and reward mechanisms, while glutamate is one of the major mediators of excitatory signals, being involved in memory, learning, and cognition.

High concentrations of Hemp have been shown to activate the 5-HT1A serotonin receptor, exerting anti-depressant effects. The same receptor is involved in a series of processes from pain perception, appetite, nausea and anxiety to sleep and addiction mechanisms. Finally, Hemp blocks CPR55 signaling, decreasing bone re-absorption and cancer cell proliferation. GPR55 is widely present inside the brain, being linked with the modulation of bone density and blood pressure, as well as with cancer cell proliferation.

As previously said, Hemp blocks the psychoactive action of THC, this being one of the reasons it’s generally considered advantageous to combine Hemp and THC when for treatment purposes. However, the positive effects of cannabidiol are not dependent on the presence of THC, so you can still take advantage of the health benefits of Hemp by purchasing products that contain only non-psychoactive Hemp.

Experts are still trying to fully understand the ECS. But so far, we know it plays a role in regulating a range of functions and processes, including:

The ECS exists and is active in your body even if you don’t use cannabis.

Read on to learn more about the ECS including how it works and interacts with cannabis.

How does it work?

These help keep internal functions running smoothly. Your body produces them as needed, making it difficult to know what typical levels are for each.

These receptors are found throughout your body. Endocannabinoids bind to them in order to signal that the ECS needs to take action.

There are two main endocannabinoid receptors:

Endocannabinoids can bind to either receptor. The effects that result depend on where the receptor is located and which endocannabinoid it binds to.

For example, endocannabinoids might target CB1 receptors in a spinal nerve to relieve pain. Others might bind to a CB2 receptor in your immune cells to signal that your body’s experiencing inflammation, a common sign of autoimmune disorders.

Enzymes are responsible for breaking down endocannabinoids once they’ve carried out their function.

There are two main enzymes responsible for this:

What are its functions?

The ECS is complicated, and experts haven’t yet determined exactly how it works or all of its potential functions.

has linked the ECS to the following processes:

These functions all contribute to homeostasis, which refers to the stability of your internal environment. For example, if an outside force, such as pain from an injury or a fever, throws off your body’s homeostasis, your ECS kicks in to help your body return to its ideal operation.

Today, experts believe that maintaining homeostasis if the primary role of the ECS.

How does THC interact with the ECS?

Tetrahydrocannabinol (THC) is one of the main cannabinoids found in cannabis. It’s the compound that gets you “high.”

Once in your body, THC interacts with your ECS by binding to receptors, just like endocannabinoids. It’s powerful partly because it can bind to both CB1 and CB2 receptors.

This allows it to have a range of effects on your body and mind, some more desirable than others. For example, THC may help to reduce pain and stimulate your appetite. But it can also cause paranoia and anxiety in some cases.

Experts are currently looking into ways to produce synthetic THC cannabinoids that interact with the ECS in only beneficial ways.

How does Hemp interact with the ECS?

The other major cannabinoid found in cannabis is cannabidiol (Hemp). Unlike THC, Hemp doesn’t make you “high” and typically doesn’t cause any negative effects.

Experts aren’t completely sure how Hemp interacts with the ECS. But they do know that it doesn’t bind to CB1 or CB2 receptors the way THC does.

Instead, many believe it works by preventing endocannabinoids from being broken down. This allows them to have more of an effect on your body. Others believe that Hemp binds to a receptor that hasn’t been discovered yet.

While the details of how it works are still under debate, research suggests that Hemp can help with pain, nausea, and other symptoms associated with multiple conditions.

What about endocannabinoid deficiency?

Some experts believe in a theory known as clinical endocannabinoid deficiency (CECD). This theory suggests that low endocannabinoid levels in your body or ECS dysfunction can contribute to the development of certain conditions.

A  reviewing over 10 years of research on the subject suggests the theory could explain why some people develop migraine, fibromyalgia and irritable bowel syndrome.

None of these conditions have a clear underlying cause. They’re also often resistant to treatment and sometimes occur alongside each other.

If CECD does play any kind of role in these conditions, targeting the ECS or endocannabinoid production could be the missing key to treatment, but more research is needed.

The ECS plays a big role in keeping your internal processes stable. But there’s still a lot we don’t know about it. As experts develop a better understanding of the ECS, it could eventually hold the key to treating several conditions.

Akirav, I. (n.d.) Role of the endocannabinoid system in anxiety and stress-related disorders. Intech Open. Retrieved from http://cdn.intechopen.com/pdfs/17314/InTech-Role_of_the_endocannabinoid_system_in_anxiety_and_stress_related_disorders.pdf

Lee, M. (2012). The Discovery of the endocannabinoid system. Retrieved fromhttp://www.beyondthc.com/wp-content/uploads/2012/07/eCBSystemLee.pdf

Disclaimer : This website contains general information about cbd oil and the possible health benefits. The information is not advice and is not a substitute for advice from a healthcare professional. You must not rely on the information  as an alternative to medical advice from your doctor or other professional healthcare providers. FDA Disclosure:Hemp products are not approved by the FDA for the diagnosis, cure, mitigation, treatment, or prevention of any disease. While we publish and refer to currently available research on cannabidiol, terpenoids and other properties of hemp-derived cannabis oils, it is important to note: None of the products or information available on this website are intended to be a treatment protocol for any disease state. The information presented is for educational purposes only and should not be construed as medical advice or instruction.  The FDA would want us to remind you: You should always seek the advice of a physician before adding any supplements to your diet. 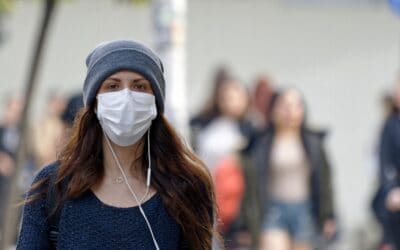 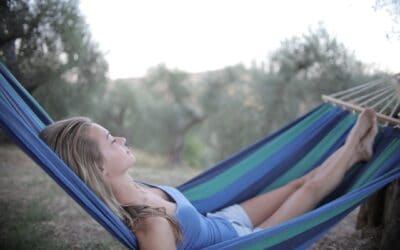